Neon Indian's music is like bumping into care bears in a psychedelic dream saturated with fluorescent colours. You don't know what's going on, it's hazy but rather pleasing. 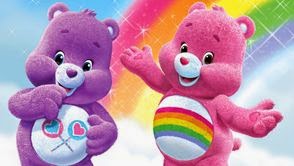 They are aiming to release a new album this year. I discovered them back in 2011 with "Polish Girl" and "Fallout" from their second album "Era Extraña".

"Fallout" is such an underrated track, some sort of hybrid between Jesus & Mary Chain and Chromatics :