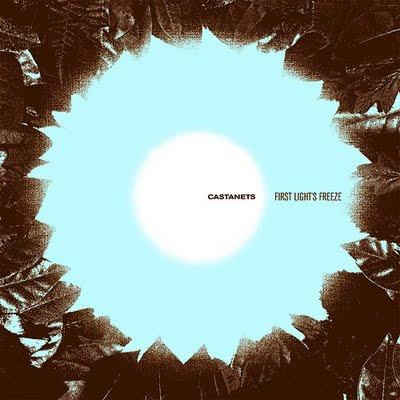 Castanets album cover designed by Jason Munn and released on the Asthmatic Kitty label. A band you must listen to and an independant label you must discover. This album cover reflects perfectly the atmosphere of this album, cold and dark like a morning in Winter. 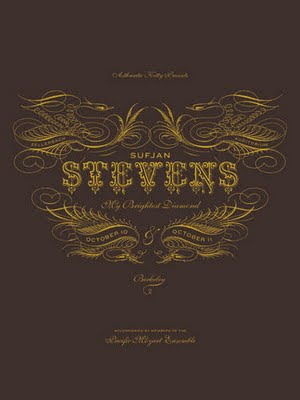 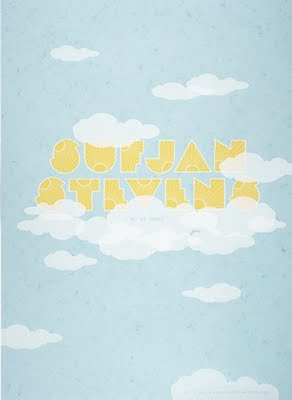 Sufjan Steven's gig poster designed by Jason Munn. I'd say these posters (on the top) reflect very well the music of Sufjan Stevens. His music is a bundle of instruments and orchestration. On stage he plays with 5 to 10 musicians and he's also part of the Asthmatic Kitty label.
But you can maybe listen to his songs: "Sister Winter" by looking at that poster or "Chicago" by looking at the next one (the clouds) which demonstrates something celestial. 2 completely different songs, one dark, one dynamic and positive like these two posters. 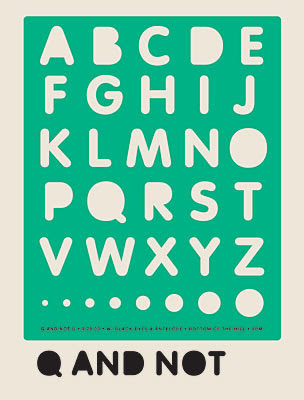 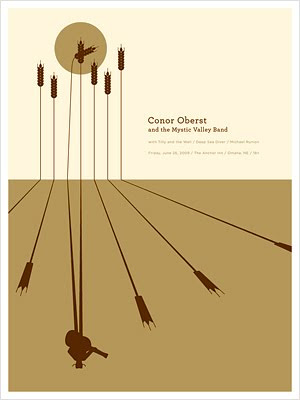 Conor Oberst is another very talented kid known to be part of the band named "Bright Eyes". We can imagine the musician with the hat on the poster playing some nice folk songs and telling us stories coming from his life and imagination... 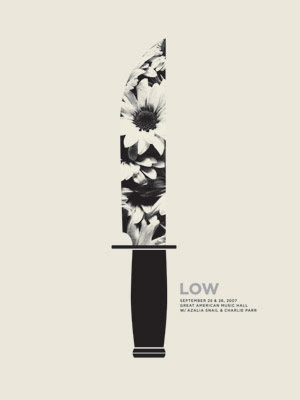 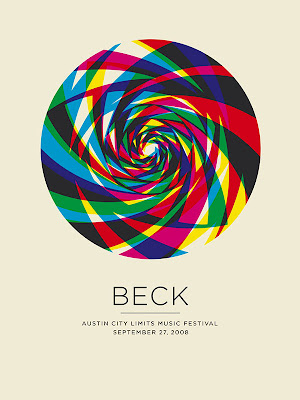 I find Jason Munn's work so well composed, minimalist but with strong images. He nicely plays with the colors, the typography, the icons. The results is poetic and modern.
He started a design studio in 2003 "The Small Stakes" and his work is mostly focused in independant music. His posters became a fixture in the local independant music scene.